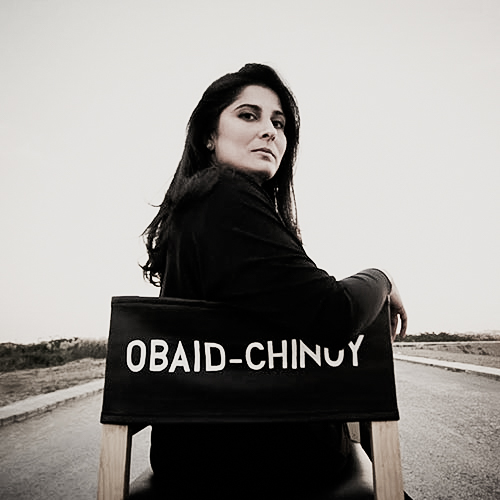 Sharmeen Obaid Chinoy is the only female director to have been awarded two Academy Awards by the age of 37. Since 2001, she has made over two dozen multi award films in over 16 countries around the world. Her films include Student Athlete, Girl in the river, Song of Lahore, Saving Face, Peace Keepers and Transgenders: Pakistan’s Open Secret.

In 2012, Time Magazine included Sharmeen in their annual list of the 100 most influential people in the world. That same year the Pakistan Government awarded her with highest civil honor “Hilal -e–Imtiaz ”.

In 2013, the Canadian government awarded her a Queen Elizabeth II Diamond Jubilee Medal for her work in the field of documentary films and the World Economic Forum honored her with a Crystal Award at their annual summit in Davos. In 2017 the International Center for Journalists awarded her the Knight International Journalism Award for her work that led to legislative change.

In 2017, Sharmeen was the first artist to co-chair the “World Economic Forum” at Davos. Sharmeen holds a Bachelors degree from Smith College and two masters degrees from Stanford University. In 2018, Smith College awarded her an honorary degree in Fine Arts. 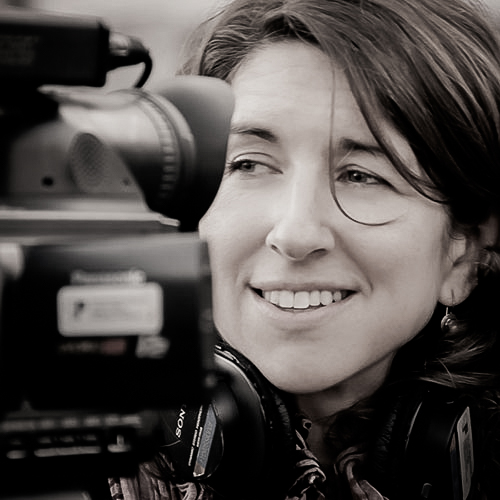 With a focus on social justice, several of her documentaries have been used as tools for social change. Southmost USA shone a spotlight on the US/Mexican border, Breaking the Silence helped change laws to protect commercially sexually exploited youth, and Farm Sanctuary raised awareness on animal rights.

Trish was born in the US and raised in Canada. She moved to NY to attend NYU, and has lived there ever since. 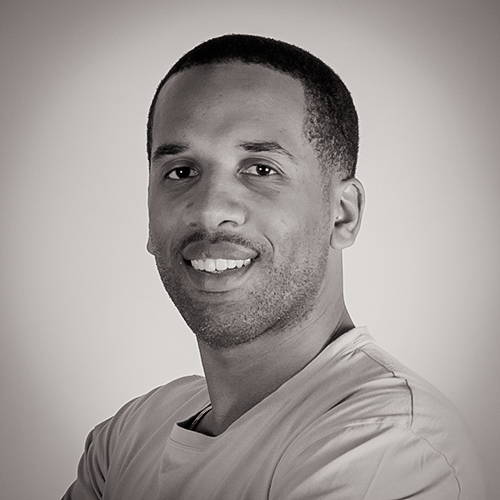 With a steadily expanding portfolio, Carter has quickly become an influential figure in the media and entertainment industry. As co-founder and CEO of SpringHill Entertainment, Carter serves as the executive producer on the entertainment and content company’s portfolio of compelling content that spans television, features and digital. SpringHill is currently working on aspirational programming for a variety of platforms including NBC’s hit primetime game show,The Wall, an upcoming HBO documentary on Muhammad Ali and HBO Sports documentary Student Athlete, a scripted drama series on Madame C.J. Walker with Octavia Spencer, a multi-part NBA documentary film for SHOWTIME, the powerful docuseries Warriors of Liberty City for Starz, and Best Shot for YouTube Premium. Other upcoming projects include drama series Top Boy with Drake and Adel “Future” Nur for Netflix, the David Meyers’ helmed feature Hustle for Legendary, as well as the action comedy Public Enemy with Channing Tatum’s Free Association and a fresh take on the classic House Party at New Line. 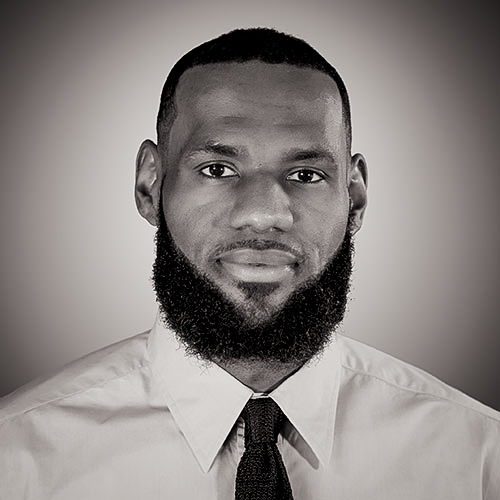 Widely considered one of the greatest athletes of his generation, LeBron James’ extraordinary basketball skills and dedication to the game have made him an international icon. The three-time NBA champion has used his platform to inspire and empower others through his LeBron James Family Foundation that supports at-risk students in his hometown as they earn life-changing educations, his digital media company UNINTERRUPTED that provides athletes a platform to tell their stories, and SpringHill Entertainment, his entertainment company that produces compelling and aspirational content for a cross-cultural audience.

In addition to serving as an executive producer on a number of SpringHill’s projects, James made his major motion picture debut in 2015 with a major supporting role in Judd Apatow’s hit comedy, “Trainwreck.” He will also voice a leading character in Warner Bros. upcoming animated film, “Smallfoot.” 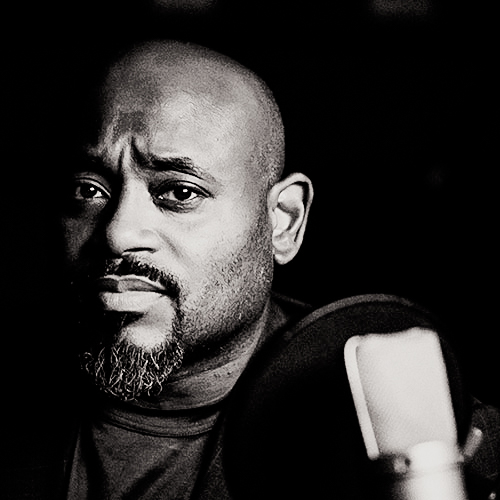 Steve Stoute, advertising entrepreneur, tech innovator, author and former music executive stands on a mission to Push Culture Forward. The founder and CEO of Translation Enterprises, seeks to fill a void that exists in the marketplace in both the music and advertising industries. The firm Translation was founded on the principle that brands that lead culture are more successful than those that follow it.

The music tech startup, UnitedMasters offers a revolutionary ecosystem for both artists and advertisers where storytelling, culture and technology converge. Sitting under the umbrella of Translation Enterprises, both Translation and UnitedMasters will reinvent how cultural influence can create value for brands and artists.

In 2009, the American Advertising Federation inducted Steve into the Advertising Hall of Achievement. Steve was recognized as one of Fast Company’s Most Creative People in Business in 2014 and named Executive of the Year by Advertising Age in 2013.

Stoute added author to his list of accomplishments, in 2011, with the release of his critically acclaimed book, The Tanning of America. In this NY Times Best Seller, Steve builds on his philosophy of a global shift towards a “shared mental complexion,” by teaching corporate America how to understand and engage with today’s young adult market.

Steve has been the keynote or featured speaker at many noted conferences including the NBA All-Star Tech Summit and also appeared on the main stage at the Cannes Lions International Festival of and been invited to share his views on a number of television programs. Stoute’s deep connection to community and hip-hop culture has also led influenced his philanthropic work. 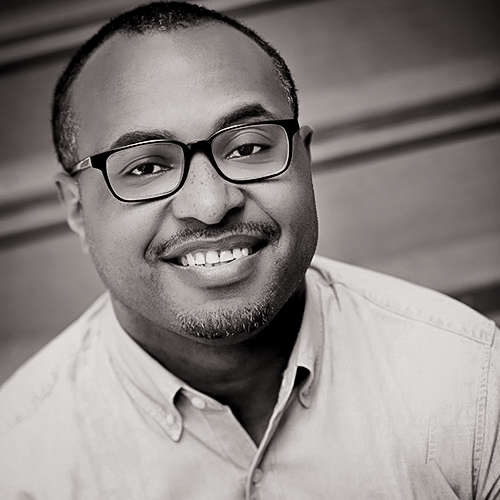 Prior to joining SpringHill, Henderson was a Brand Director at PepsiCo managing the Mountain Dew brand. He received his BS from Cornell and MBA from the Kellogg School of Management at Northwestern.

Jeffrey Johnson is an American born cinematographer based in Brooklyn, New York. He has over 13 years of experience in the industry working on a range of projects in the documentary, commercial, branded content, and scripted narrative categories. Jeffrey’s documentary work has taken him around the world to follow a wide range of issues. Equivalents, about human legacy and mortality follows an international scientific expedition on the brink of discovery in remote Brazil. The film was funded in part by a National Geographic grant and featured in the New York Times. More recently Jeffrey has chosen to cover human rights stories closer to home. His most recent projects include Transformation, a feature documentary about transgender healthcare in New York (Dir. Tania Cypriano) and Do We Belong? a short-form piece on the 2017 murder of Srinivas Kuchibhotla, featured on The Atlantic Selects (Dir. Sofian Khan). 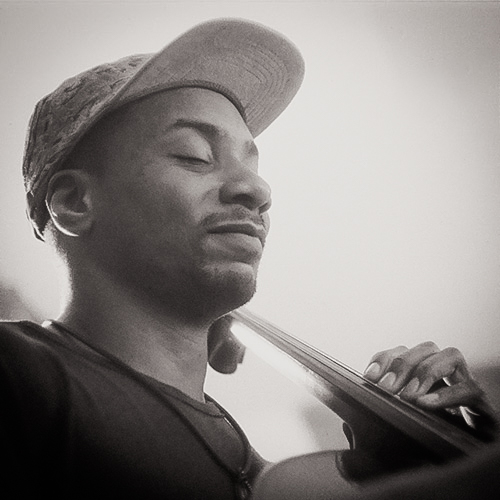 Khari Mateen is a songwriter, producer, and multi-instrumentalist working all over the world.
Working with Grammy-nominated artist and on Emmy-winning films, he’s had a successful music career spanning various projects, collaborations and albums. His work encompasses his perspective, creativity and storytelling via song.

After Living in Georgia, Mateen relocated to Philadelphia at 17 years old, where he began his career in the music industry. A producer in the making, Mateen learned the music business from his friend Richard Nicholes and Kenyatta “Kelo” Saunders. His first credits of note came with The Roots’ 2006 album Game Theory (Grammy nominated), for which he co-produced the title track, “Livin’ in a New World,” and “Clock with No Hands.” In addition to continuing his collaborations with The Roots — he contributed to their albums Rising Down and Undun — where he collaborated with Joy Denalane, Jill Scott, Tye Tribbett, James Poyser, J*Davey, and Roots offshoot, Money Making Jam Boys, among others. In 2011, Mateen produced “Make My,” the title track to The Roots’ Grammy nominated Undun.

While producing, Mateen began composing for independent films and TV shows. He scored the Sundance series Brick City, which went on to receive multiple Emmy nominations, as well as the HBO Documentary film, Prayer for the Perfect Season. In September of 2016, Khari’s song “Day by Day” was placed on OWN Network’s hit television show, Queen Sugar. The next month, Fox Network released a project where Mateen provided bass used for the re-creation of the music classic film, Rocky Horror Picture Show. Additionally, Mateen scored the indie-documentary’s We Could Be King and Keepers of the Game which both debuted at the Tribeca Film Festival. In 2017 he scored the film project, “Time: The Kalief Browder Story” and is currently in production scoring “Rest in Power: The Trayvon Martin Story” both of which are executive produced by Jay-Z and will be released on the Paramount Network in July of 2018.